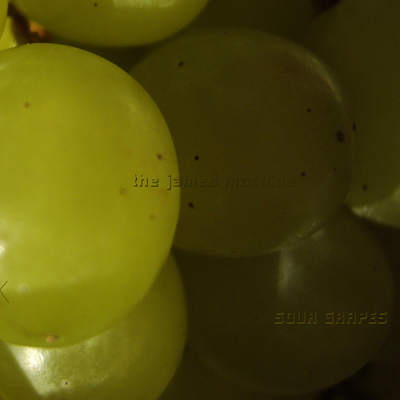 Sour Grapes came as an experiment, or therapy session, or self-help project, or whatever. I took a week off of work with intentions of writing and recording an album, top to bottom. While I had the best week in years, I was working 12 to 14 hour days on these recordings. Each track started as a 10 to 15 second guitar and drum loop that I had recorded back in September 2007 and had not yet done anything with.

During this week, I mapped out a song structure, programmed midi drums and bass, then recorded guitars. Each song on the CD was written in the order they appear on the CD. This is also the same order that they were conceived as song ideas last year.

When it was time to record vocals, I got pencil and paper, then stood in front of the microphone, putting words together on the spot. This is not how I usually do things. My process is normally to spend weeks on a song, coming up with something on guitar, then fitting lyrics and melody while playing the guitar. I spend a lot of time smoothing out transitions and planning the song structure. This whole album was completely off-the-cuff.

Back in 1995, I was nicknamed 'The James Machine' by a friend for my ability to crap a song out of nowhere, writing sometimes 3 to 4 a day, on instinct alone. Over the years, I have transitioned from writing 40 songs a year to 4 or 5 a year and that just isn't acceptable. This project was intended to put me back in touch with that part of myself and I feel it has worked.